You are here: Home / Who We Are

BBP Productions was borne out of the realization that people need to truly seek to understand each other more, while affirming their own value and worth. Through the arts, we can share this important truth to the littlest of us. We produce professional theater productions in a fun and creative way for kids and their families, which encourage all of us to be better people. We want every show, every class, and every conversation you have with us to be welcoming and affirming. Sound good? Join us! 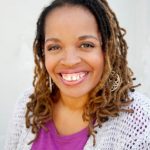 Lynne is ridiculously excited to bring Building Better People Productions to you, and feels like she has kinda been gearing up to this for a very long time. She has been a professional actor and teaching artist for over 20 years, having started as an Acting Apprentice at the Coconut Grove Playhouse in Miami, Florida, performing in shows that toured area schools, and that all had good life messages. This is where she began to see firsthand how theater can communicate the most important things in the clearest and most interesting of ways. Since then, she has performed as part of Kaiser Permanente’s Educational Theatre Program, at cool places like the Kennedy Center and Arena Stage, and in lots of shows for kids, most recently in “Mirandy and Brother Wind” at Adventure Theatre, and at the Kennedy Center in the world premiere production of Judith Viorst’s theater adaptation of her classic book, “Alexander and the Terrible, Horrible, No Good Very Bad Day”, and the national tour that followed. This is Lynne’s most favorite show that she’s ever done.

Lynne is also an accomplished teaching artist. She spent 2 years as the Elementary Programs Coordinator at the Folger Shakespeare Library helping to head-up Shakespeare Steps Out, a program that introduces the Bard and his world to 3-6th graders in Washington, DC. After that, she worked as the Creative Arts Team Leader for BridgeKids, the children’s ministry of Bridgeway Community Church in Columbia, MD, where she produced and sometimes wrote children’s services, and oversaw teams of performing adults and kids. Since then, she has been a teacher, assistant director and director at places like Spotlighters Theatre, Drama Learning Center, and Compass Rose Theater, where she co-directed “The Little Prince” and directed “The Brave Little Kid”, “Miss Electricity”, and a roaring 20s-flavored version of Shakespeare’s “Twelfth Night”, all for Compass Rose’s Young Actors Studio, which shows young people firsthand what a life in theater is like as they learn and perform.

Lynne lives in Annapolis, MD with her husband, A.C., and their son, Alex, who she may have subconsciously named after the lead character in her favorite show. She is excited to meet you and serve you and your family!